The “Olden Holden Bike Tour” is a perfect way to get some exercise, see the sights, and learn a little bit of Holden Beach History.  So, grab your two wheeler, turn on your imagination, and take a winding route back in time. The tour begins at the base of the Holden Beach Bridge and is made up of three different routes, each with it’s own special scenery and history.

The first route leads you east, pointing out historical landmarks and locations of early buildings that still stand today or were toppled by hurricanes or the simple progress of development.  Many of these points-of-interest reference back to early businesses started by members of the Holden family and  other settlement families.

The second route takes you west of the bridge and down near the Holden Beach Pier with plenty of scenic pit-stops along the way.  The last stop is where Mary’s inlet once split the island of Holden Beach.  (This inlet was filled during the creation of the Intracoastal Waterway, but was most recently reopened during Hurricane Hazel in 1954.)

The third route takes you from Mary’s Inlet, through a number of parks and resting spots, and to the final stop at Coast Guard Look-out Point.  During World War II this was one of the look-out points were 20-25 men patrolled the beach and safeguarding the coast from German Submarines.  As you look out over the Atlantic Ocean there, imagine yourself a patrolman watching one of the several US Merchant Marine ships being torpedoed and set afire.  What an amazing site that must have been!

In all, there are 23 stops on the tour.  You can pick up an official map at many of the local merchants or download and print it here.

Whether you’re serious a pedal pusher, a local exerciser, or a sightseeing visitor, the “Olden Holden Bike Tour” is a perfect experience for the whole family. 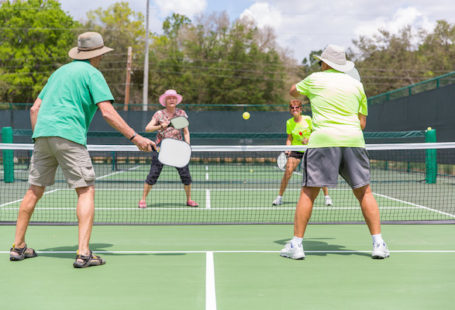 Pickleball. We have it, but what is it? 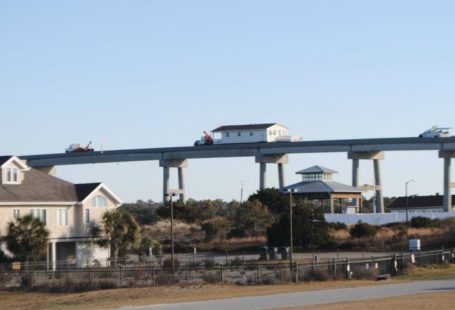